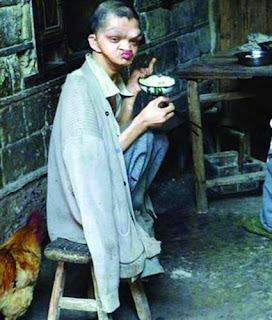 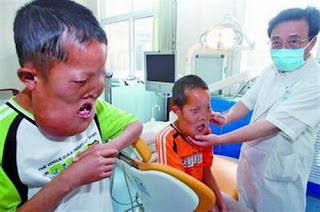 This is photograph of twin boys known as ‘ Big Face Boys ‘
in China .The poor boys are victims of a recently diagnosed complication called Maxillofacial Multiple Fibrous Dysplasia.The etiology of the severe disorder is still unknown.The Doctors believe that the deformity can be cured by face lifting surgery.The parents of the boys got slight relief when they heard about the possible treatment of the deformity .
Posted by Moksh Gupta