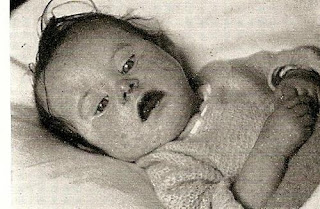 In case of monozygotic twins both the infants suffer from Mongolism.The brains of mongol is smaller than normal.With increasing age, the brain appears increasingly immature in comparison with the normal. They have also cardiac malformation.
Posted by Moksh Gupta